How Racist Is Sweden?

A Reference Letter That Wins Scholarships

Breakdown Of The Application Process For Master’s In Sweden

When you’re trying to relocate to another country as a black person, one question to ask is how racist the host country is towards us, black people.

We cannot say, because we’re tired of situations in our country and in our honest search for better life, we fall into the hands of people that hate us to the level of wanting to kill us.

That will be like jumping from frying pan to fire.

And racism was also one of the issues on my mind when I was considering which country I wanted to study in.

Now, there’s one thing that Sweden did that endeared me to the country.

3 years ago, Sweden ran a campaign where anyone from any country of the world could call a number and speak with a random Swede.

Yeah, it was real.

The way it worked was, you call a special number (+46771793336), and you’d be immediately routed to speak with a random Swedish person, just any Swede in the country going about their day.

No other country has ever done that.

The campaign has closed now, but it demonstrated to me how open Sweden is towards people of other nationalities, no matter where they’re from.

Another thing they did was quite remarkable.

At the height of the Syrian refugee crisis in 2015, Sweden received over 160,000 refugees from war-torn Middle East countries, looking for protection.

Alongside Germany, Sweden was one of the most preferred European destinations for refuge-seeking immigrants from Syria.

These were people from mostly Muslim backgrounds and Sweden opened its arms to them.

Swedish society is largely atheistic, most Swedes do not care about religion but there is freedom of religion.

Everyone is free to practice whatever religion they choose. There are churches here and there are mosques as well.

Oh. I also have some personal story to share about my experience with Swedish people.

When I was moving to Sweden in 2017, my university, Linköping University, arranged a personal free cab ride for me from the Linköping train station to the university campus.

I got to the train station and the cab driver was already waiting for me with my name tag.

As I alighted from the train from Stockholm, an elderly tall Swedish man, seeing me struggle with my heavy luggages filled with local food supplies, helped me with one of the luggages to my waiting cab driver.

I mean I was far far away from home but these folks were giving me such a warm welcome.

The man was a leader in the Swedish Church, gave me his card and we later met again after I settled down.

Even though he was an elder in the Swedish Church, not for once did we talk about religion.

That’s how much respect these folks have for people’s religious beliefs.

I got to the university, picked up my room keys, and my SI Scholarship debit card, and got another free ride in a Linköping University van with other new arrivals to my new accommodation.

I mean, my journey from Lagos, Nigeria to my accommodation in Ryd, Linköping, Sweden was already planned to a T, all thanks to the typical Swedish kindness.

Now, am I saying there’s no racism in Sweden?

Racism exists in every country of the world, even our home countries.

Only that it’s not called racism in Africa, it’s called tribalism.

However, the fact is, majority of humans are good beautiful people, and Swedish people are not an exception.

✅✅If you want to learn more about how to join me in Sweden, click here: scholars.africa/join-me-in-sweden 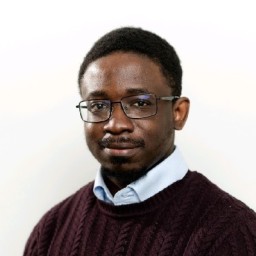 Mobolaji was a recipient of the Swedish Institute Study Scholarship, now known as the Swedish Institute Scholarship for Global Professionals. He studied for a Bachelor's degree in Mechanical Engineering from the University of Lagos, Nigeria, and a Master's degree in Industrial Engineering and Management at Linköping University, Sweden. After winning the scholarship in 2017, Mobolaji has been coaching prospective applicants for the scholarship on how to present strong applications for the scholarship. He founded Scholars.Africa to help prospective African graduate studies applicants on how to successfully access funding for graduate studies in Europe, North America, Asia and Australia.

Please log in again. The login page will open in a new tab. After logging in you can close it and return to this page.